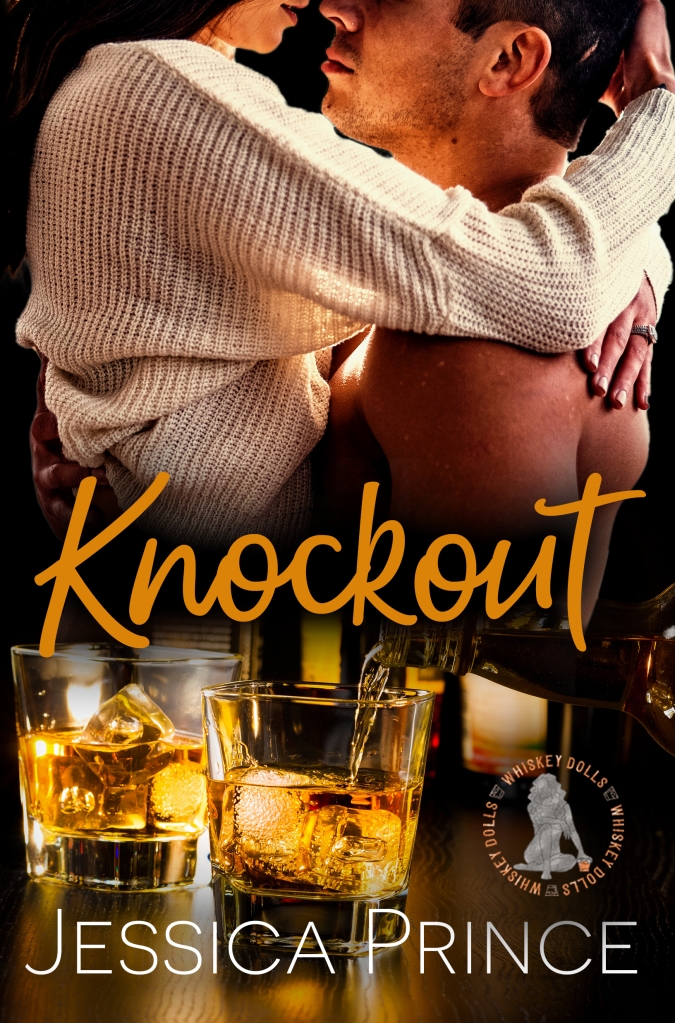 It wasn’t fair that the man I hated with a passion was so freaking gorgeous. Things in Layla Fox’s life were going great. She had a fantastic job, amazing friends, and a killer apartment. There was just one tiny glitch in all that perfect. Her upstairs neighbor was the very definition of tall, dark, and handsome . . . and she hated the man with every cell in her body. Jude Kingsley was the most arrogant jerk she’d ever met, making the fact that she was attracted to him more than a little inconvenient. When the two of them are forced together by Jude’s meddling grandmother, the bitter rivalry between the two feuding neighbors suddenly turns into something very different. And a raw, intense chemistry like theirs is bound to explode if they aren’t careful. **Whiskey Dolls is a series of interconnected, standalone, small town romances.**

Read for FREE with KindleUnlimited

The doors of the elevator slid open and the good mood I’d been in all day evaporated like a single drop of water falling onto desert sand. “Of freaking course,” I grumbled sullenly as Jude Kingsley stepped into the elevator. He returned my glare before stopping beside me and turned to face the front. “And I’d been having such a good day up to this point,” he muttered bitterly. I let out a snort and fluttered my eyelashes. “What, did you pop a little kid’s balloon? Maybe cut in front of a pregnant lady in line at the coffee shop?” I snapped my fingers. “Oh, I know! You kicked a poor, innocent puppy on the sidewalk. That’s what had you so chipper, isn’t it?” He gave me a smirk, and damn it, why did it have to look so good on him? The son of a bitch. “I woke up happy,” he stated, and it would have been a lie if I claimed I didn’t find that admission somewhat intriguing. Turning to face me, he took a step toward me, closing some of the distance between us. The move was unexpected, and my heartrate spiked at his closeness. The small elevator car suddenly felt even tinier, like the walls were closing in. The air was filled with his scent. Something like cedar and sun mixed with a spicy musk that reminded me of the outdoors. My chest stuttered on a choppy inhale when I tilted my head back to look up at him. In all the months we’d been enemies, this had to be the first time we’d been so close to each other. With hardly any space between us, I was able to see that those midnight blue eyes of his also held flecks of golden honey. He blinked slowly as he stared down at me, those long, sooty lashes lying across his sharp cheekbones before he opened them again. “I had the best dream last night.” He stopped, waiting for me to ask what he dreamed about, like he knew that statement and his proximity had left me way off-kilter, my curiosity piqued. Stupid intuitive jerk. Unable to help myself, I arched a questioning brow. “Oh?” His voice dropped lower, taking on an almost velvety soft quality. “Yeah. You were in it, princess.” My skin felt tingly, my mouth was Sahara dry. I didn’t feel like myself all of a sudden. It was almost as if he’d cast a spell, and I was just along for the ride, unable—or maybe unwilling at that point—to take control back. It was those eyes, man. Those freaking dark, alluring, sexy bedroom eyes. There wasn’t a woman in the world who’d be able to resist their power up close. Not even me. I tried to swallow past the cotton taking up residence in my throat and croaked, “What—what was your dream about?” He started speaking in a tone that could only be described as intoxicating. “Well, you see, it was a beautiful, sunny day, and we were standing on the sidewalk outside the building. You were in these jeans that made your ass look incredible.” His tongue peeked out and swiped across his plump bottom lip. “I couldn’t stop staring. Then . . . ” I was straight up enraptured at that moment. Oh my God. What is happening right now? “Then what?” “Then . . . you stepped off the curb and got hit by a bus.” It was like a bucket of ice water being dumped over my head. Whatever voodoo he was working broke right then, and I remembered instantly that I wanted this man to die by a thousand papercuts—preferable by my hand.

Read for FREE with Kindle Unlimited Amazon US | Amazon Worldwide

Born and raised around Houston Texas, Jessica spent most of her life complaining about the heat, humidity, and all around pain in the ass weather. It was only as an adult that she quickly realized the cost of living in Houston made up for not being able to breathe when she stepped outside. That’s why God created central air, after all. Jessica is the mother of a perfect little boy–she refuses to accept that he inherited her attitude and sarcastic nature no matter what her husband says. In addition to being a wife and mom, she’s also a wino, a coffee addict, and an avid lover of all types of books–romances still being her all time favs. Her husband likes to claim that reading is her obsession but she just says it’s a passion…there’s a difference. Not that she’d expect a boy to understand. Jessica has been writing since she was a little girl, but thankfully grew out of drawing her own pictures for her stories before ever publishing her first book. Because an artist she is not.

Knockout is my new favorite in the Whiskey Dolls series.

Jude began growly with a side of judgy, but it wasn’t long before the deeper, more real parts of him began to emerge, and holy shitake mushrooms, this man will be exploding ovaries all over the world. His love for his grandmother was a genuine swoon fest, and their banter was hilarious.

When Jude and Layla first meet, a spark ignites between them. On the outside, it was scathing looks and mischievous pranks, but on the inside, it was a burning soul deep connection.Every action and reaction between them fuels the fire, and a kiss sets the world on fire. They were clearly made for each other, not just physically, but also in the way they love those who are important to them. It’s fierce and unyielding, and they both deserve to be loved that way.

Jude’s grandmother adds a whole new level of sass and wit to the mix, and she has no qualms about bludgeoning people with blunt truths. I adored the relationship she built with Layla; it felt just as strong as Layla’s relationship with Jude. Every interaction between them solidified the fact that Layla was meant to be their family. When I grow up, I want to be Sybil.

Knockout is an exemplary blend of everything I love about Prince’s books: a strong sassy heroine, a swoony alpha hero, witty banter, a scattering of feels, all set in a world that makes you feel as if you’re surrounded by friends as soon as you open the book, and a meddling grandma who’s as feisty as she is eccentric.